Today I installed redash with AWS EC2 and AWS SES, with the help of the official guide.

Take a look at the public dashboard that visualizes the current user count on my Redash instance! 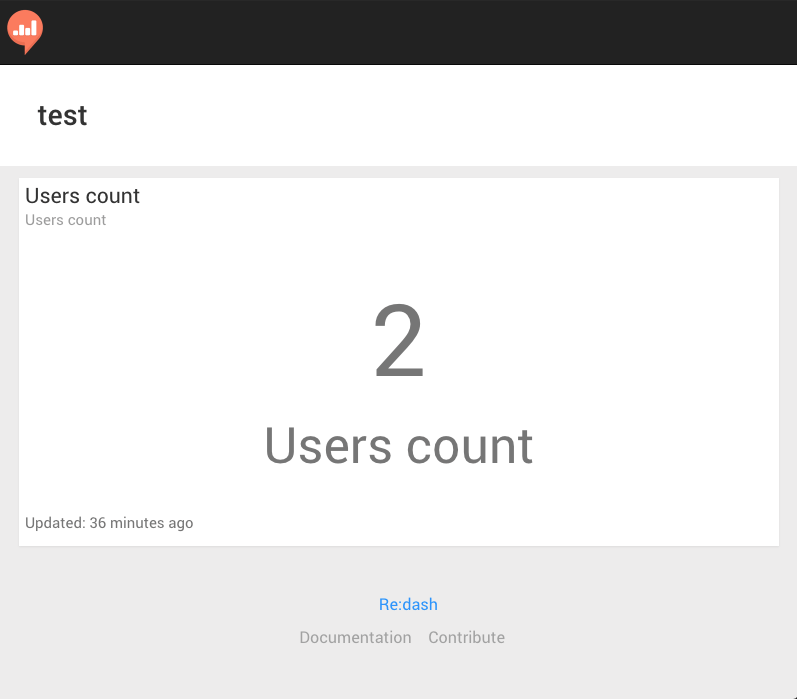 The server runs on a t2.micro instance, backed by the Redash Ubuntu AMI.

I am using Amazon SES as the mail service.

To visualize something in Redash, you need a query.

And you execute a query on some data.

Fortunately, Redash has a default dataset (itself!) to play with, instead of hooking up an external data source.

Let’s aggregate events by action and type of a Redash instance: 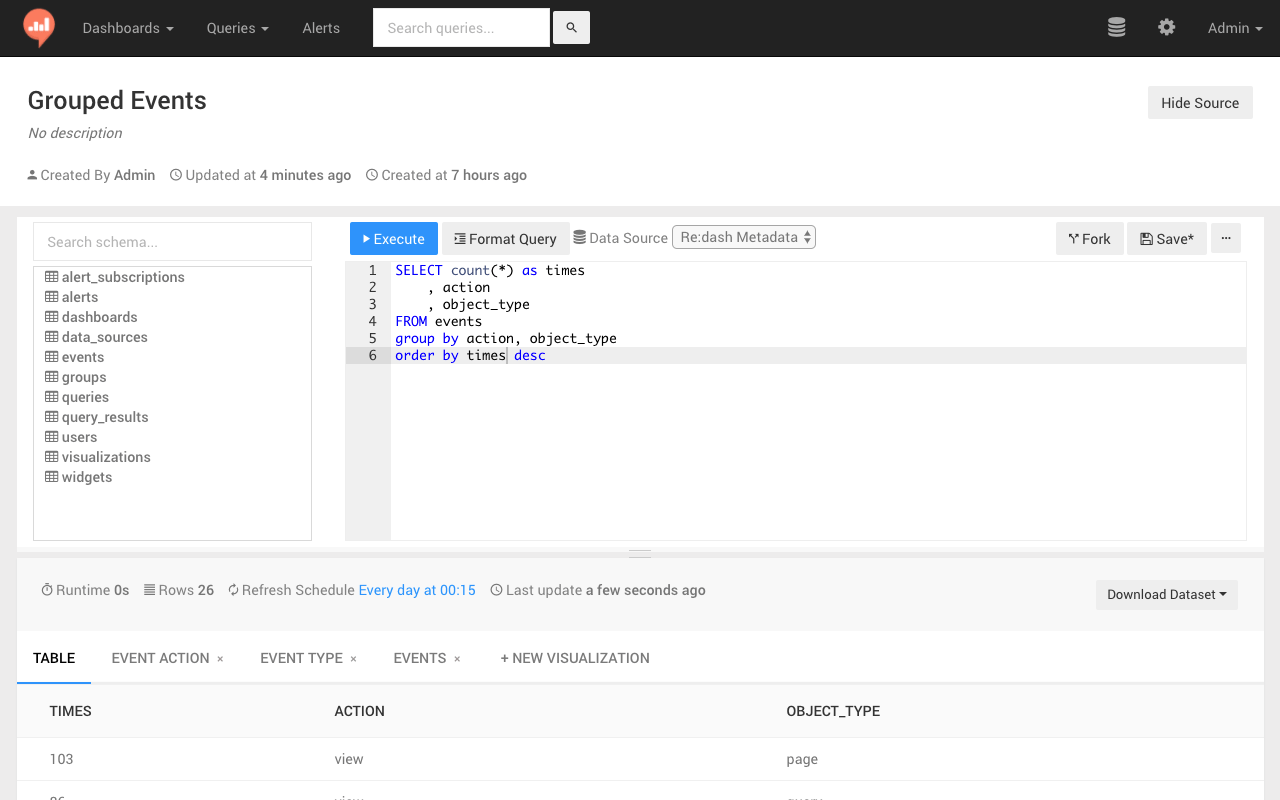 Use the following configuration to create a visualization: 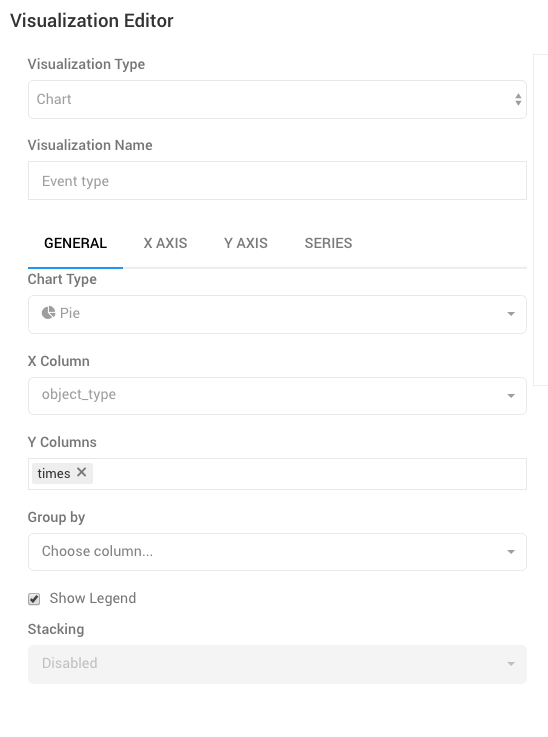 It seems like a nice piece of software, my idea is to integrate Redash with mnesia to visualize things you saved in mnesia!